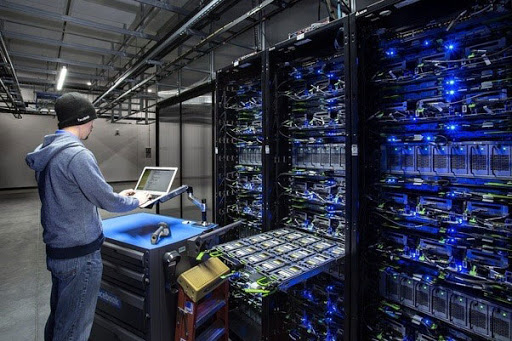 What is a server

When answering the question “What is a server?” several definitions can be given. In a broad sense, a server is a hardware and software complex that allows a client to access the Internet. In a narrower sense, a server is a collection of specialized programs: utilities, heterogeneous services, packages, etc. Some other users and not only they mistakenly call large sites or computers servers, but this is not entirely correct.

The main task of the server is to ensure the correct operation of one or more websites. The client (browser) requests information to obtain data of certain resources, which are indicated by URLs. In response to the request, the server transmits the necessary information via the HTTP protocol to the browser. Thus, the client gets access to the resource of interest. The server is engaged in serving any number of clients, flawlessly performing all their tasks in the order of a virtual queue.

Today, several large servers are known that provide the operation of the entire World Wide Web. These include: IIS from Microsoft, nginx, lighttpd, Google Web Server, Rootage, Cherokee, THTTPD, Resin, and Apache. Moreover, Apache is considered the most widespread server, accounting for more than half of the server market.

There are several types of servers that differ in their functions:

In order to understand what servers are needed for, let’s try to imagine the work of at least one enterprise working via the Internet. In this case, the server makes it possible to combine all the resources of the employees of a given enterprise into a single data array that is accessible to any employee. A kind of multi-user center is being created, which makes it possible to significantly simplify communication between employees, which increases the speed of work and its quality. In addition, in the process of work there are more opportunities for correcting errors, which leads to a decrease in their total number.

Ordinary users use the server to receive and send e-mail, exchange files, communicate on social networks, receive the necessary information – in general, working on the Internet is unthinkable without servers.